Evaluation Report No. 1 for the Thai Women Network in Europe (TWNE)

Note about the report

This report only shows the results of evaluation conducted by the author from 17-18 July 2014, which is not a complete evaluation of the program. However, despite this incompleteness, the present report can serve as a guide for future volunteers training program in Thailand.

Background of the program
The volunteers program was made possible by the Office of Women’s Affairs and Family Development under the Thai Ministry of Social Development and Human Security (MSDHS). It was held from 14 to 18 July 2014 at the Prince Palace Hotel in Bangkok. This program has the main objective of enhancing skills of people (Thai and non-Thai) who are working for the cause of Thai migrants abroad and those involved in Thailand-based NGOs assisting people in precarious and marginalized situation. The participants to this program came from countries such as Belgium, Finland, Germany, Japan, Netherlands, Switzerland, Thailand and the United States. Except one man, these participants were all women reflecting the gendered character of Thai overseas migration. Three participants came with their foreign husbands. Majority of these women are active leaders or members of Thai association in their respective places of residence. Throughout the program, all the participants underwent trainings under the guidance of invited speakers. At the end, they filled-up evaluation questionnaire distributed by the program staff.

Evaluation description
This evaluation report assesses the effectiveness of the volunteers program and had been carried out under the request of the TWNE. The evaluation had been conducted during the program through the use of the following data-gathering methods: participant observation, informal conversations and photography. These methods generated three forms of data sets: observation notes and photographs. In order to ensure accuracy, the evaluator consulted materials distributed during the program and talked with some program staff and some participants.

Accommodation and foods
The organizer of the program shouldered the expenses related to accommodation and foods throughout the program. Participants stayed in double rooms that were generally comfortable and clean. The only inconvenient aspect was the fact that to be able to connect to the free internet, one should go to the lobby. There was no internet connection in the rooms where participants stayed. Concerning foods, this aspect scored very high. Participants including the evaluator appeared to appreciate well foods served during breakfast, lunch, dinner and two snacks.

Activities
The highlight of the program was the lectures given by Dr. Prawate Tantipiwatanaskul (manager of the Mental Health Promotion Program at the Thai Health Promotion Foundation, and senior adviser at the Department of Mental Health) and by Dr. Peggy Rowe Ward of the Lotus Institute. Many participants expressed their appreciation of the interesting series of lecture of Dr. Prawate about the following topics: principles of behavior change, self-review, cognizant model habituation, plans change, motivation and group behavior. Dr. Peggy Rowe Ward focused on “mindfulness”, and taught program participants how to be mindful when eating, walking, breathing and working as well as how to relax one’s mind and body. The last day of the program was concluded by a panel discussion composed of representatives from different government departments and institutions like the Bureau of Anti-Trafficking in Women and Children under the MSDHS, Department of Mental Health at the Ministry of Public Health, Ministry of Interior, and Ministry of Labor. After the discussion, each delegate was awarded with a certificate of participation.

Involvement and expectations of the participants
Based on the two-day observations conducted by the evaluator, participants looked generally satisfied with the program and actively participated in its many activities. However, a few of them expressed their frustrations such as the impossibility to connect to the internet at their hotel rooms and the absence of outdoor activities. One participant expected that there would be visits in some places and institutions (for example, women’s prison).

Overall organization of the program
All activities started on time, participants were well fed with new information and tips to improve themselves and they were allotted enough time to rest. In short, the program was well organized.

Conclusion and recommendations
The evaluation results overall show that the volunteer program conducted in Bangkok from 14 to 18 July 2014 was a success. For the next volunteers’ seminar, the following are some recommendations:

1) Some outdoor activities for the participants – There should be some activities to be organized outside of the venue of the seminar. These could include the following: visits to some NGO-aimed places like the red district and the women’s prison as well as to NGO offices working for the well-being of vulnerable and marginalized groups.

2) Program participation – Organizers can also open the next volunteers program to non-Thai volunteers who are active in many NGO works in Thailand or to those working abroad and promoting the well-being and rights of Thai migrants. Translation into English of all lectures and activities in Thai is advisable in this case. To avoid complications, program organizers could open the program to volunteer translators, notably university students.

3) Future program assessments – At the end of each day during the program, delegates should be requested to anonymously write in a piece of paper what they think and feel about the activities they did during the day. This will give ideas to the program staff what to improve on the next day. In addition, an independent evaluator who is not affiliated to any organizing institutions should be invited to join the program as observer. Feedback from this evaluator will be valuable for the future volunteers programs.

————
Information about the evaluator

Asuncion Fresnoza-Flot is a postdoctoral research fellow of the Belgian National Fund for Scientific Research (FNRS) at the Interdisciplinary Research Center on Families and Sexualities (CIRFASE) at the Catholic University of Louvain in Belgium. She is also a research associate at the ‘Migrations and Society’ Research Unit (URMIS) at University Paris Diderot – Paris 7 in France, where she completed her Master’s degree in ‘Migration and interethnic relations’ in 2005 and her PhD in Sociology in 2008. Since 2009, she is taking part in a collaborative research funded by the Japan Society for the Promotion of Science (JSPS) on children of Filipino migrants in selected countries including France. Her other ongoing research focuses on children of Filipino-Belgian and Thai-Belgian families in Belgium. 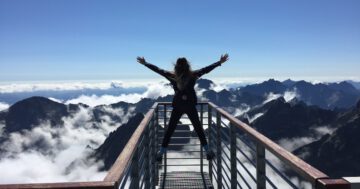 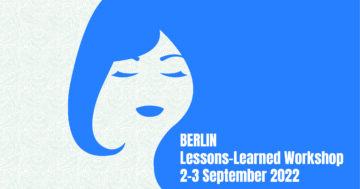 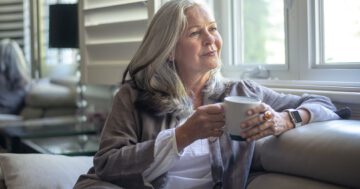 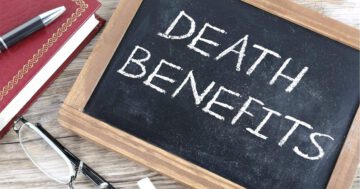