Home is…where the Heart is…

The seminar was attended by 112 participants from 12 countries.

His Excellency Mr. Theerawat Bhummijit, Ambassador to the Royal Thai Embassy in Berlin gave an opening speech by highlighting the various roles of Thai women and their contributions to the development of Thailand in many aspects. The world society is aging and ASEAN and European societies are no exceptions. Aging populations possess valuable experiences that could be shared to younger generations. How can the Thai retirees abroad who want to return home to Thailand with their spouses live a decent life? What are their needs and how can the Thai authorities respond to this? The more mature and more experienced groups could extend their support to the less fortunate ones in preparing for returning home.

Mr. Stephan Krohn, Honorary Consul of the Thai Consulate in Hamburg highlighted that the world is getting smaller and the EU is getting closer and more connected than ever before. With greater connectedness through improved communications comes greater complexity in life. How could the value of the current generations be transferred to the next ones? While faces keep changing, the types of problems encountered have rarely changed. We should aim at reaching the younger generations and engaging them in this useful work.

Mr. Lertpanya Buranaban-dhit, Director General of the Department of Women and Family

Affairs, Ministry of Social Development and Human Security, revealed that the number of Thais living aboard is over 1,100,000 and 317,000 of which live in Europe. In Germany alone, there are over 100,000 registered Thais. About 44,000 Thai women who have nonThai spouses live outside of Thailand and 12,000 in the Kingdom. Thai women in Europe are considered one of the strongest groups and the number keeps growing. Many Thai overseas are visionary and full of capacity to assist others, while a large number is at a disadvantaged position due to their lack of preparedness and language skills. Social volunteers therefore play an important role in facilitating smooth migration. Official recognition of non-profit organizations overseas is one of the Ministry’s efforts to promote Thai network of support abroad.

Mr. Monchai Patchanee, former Consul General and Director of Protection of Thai Nationals Abroad Division, highlighted the protection of Thai people aboard. Thailand has acceded to the Hague Convention on the prevention of international child abduction and Thai relevant laws stipulate punishments for parents or guardians who take a child away from his/her home family, without consent of the other legitimate counterparts. The best interest of the child is at the heart of the matter. With regard to protection of Thai migrant workers, Thai laws state that foreign employers cannot recruit Thai workers, directly or indirectly, without permission of the Ministry of Labour. Current practices are against this

law but most people do not know about it. There is a central fund that can assist workers in trouble. They only need to subscribe to this fund.

Mr. Bannarat Kengkasikit, Director of the Rattanapa Center for Women and Family Development in Khon Kaen presented the Center’s objectives and examples of activities. There are eight such centers in Thailand and they serve as communication hubs for Thai families and relatives of Thai women living abroad. The Centers also play an important role in training Thai women with life and employable skills before their migration to other countries.

Dr. Dusadee Ayuwat, Director of the Clinic for Thai Women in Multi-Cultural Societies in Khon Kaen, presented findings of a doctorate dissertation on Situations and Risks of Thai Women in Cross-Cultural Marriages. The study describes four steps of how village women seek for marital relationships with non-Thai men. These steps are: finding the right persons, trial living together, preparing for a marital life and investing in some business. It is found that Thai women rarely know their partners well nor they have enough language skills. They are unaware of their rights, immigration laws, and marriage and family laws etc. 22% of the groups being studied married at the ages over 50, 46% at the ages 40-49, 31% at the ages lower than 39. They married Englishmen (25%), Germans (16%) and Austrians (11%) respectively. Of these women, 83 % encountered some forms of domestic violence while 10% felt moderately successful due to the fact that they chose to live in a neutral zone – neither his or her community of origin. Couples who live in home communities of one partner tend to have failure in their conjugal lives.

The seminar discussed various aspects as well as pros and cons of repatriation to Thailand. Two video documentaries were presented. Two rounds of panel discussions were convened to explore different aspects of life after retirement including questions of family bonds, social networks, real estate and assets management, immigration, cultural adaptation, social welfare, healthcare, banking and financial concerns. The seminar ended with three workshops in which participants shared their experiences, observations and recommendations on how best Thai women should and could prepare themselves and their partners for relocating in Thailand. In conclusion, the success of returning “home, where the heart is,” depends not only on the couple’s individual conditions and preparedness but also on their unity and flexibility in overcoming any difficulties that may come their way while adjusting to life in a new home.

Reviewed and revised by 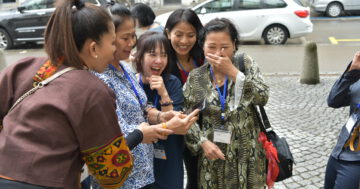 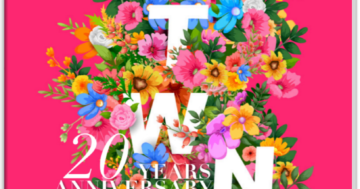 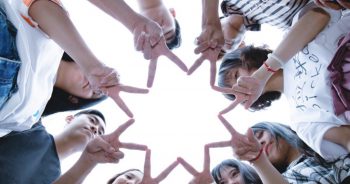 Majority of the volunteers are active women leaders or members of Thai associations in their respective places of residence. 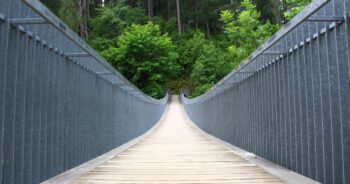 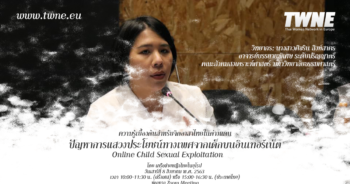